Romanian pianist Sînziana Mircea, Young Steinway Artist, regularly performs on some of the most important stages in the world. At just 20, she made her debut at the Tokyo Metropolitan Theater and St Martin-in-the-Fields in London. Her sold-out debut recital at Carnegie Hall in New York took place at the age of 24 years, being rewarded by the American public with standing ovations. Her performing career started from a young age. The first public appearance on the stage of the Romanian Athenaeum took place at the age of seven, followed by numerous concerts in Romania and Europe and also in the USA – where she debuted at the age of 11. She started touring soon after, including the first tours in the USA (14 years old), Japan (20 years old) and China (24 years old).

2019 marked Sînziana Mircea’s debut as a soloist of the Radio Chamber Orchestra at the Radio Hall in her native Bucharest in a sold-out concert, followed by an extensive 9 concerts tour in Japan, received with great enthusiasm by the public and the specialized press. The Japanese newspaper Tokachi-Mainichi wrote on June 18, 2019: „Sînziana Mircea has enchanted the public with her wonderful piano art”, Obihiro, Japan. 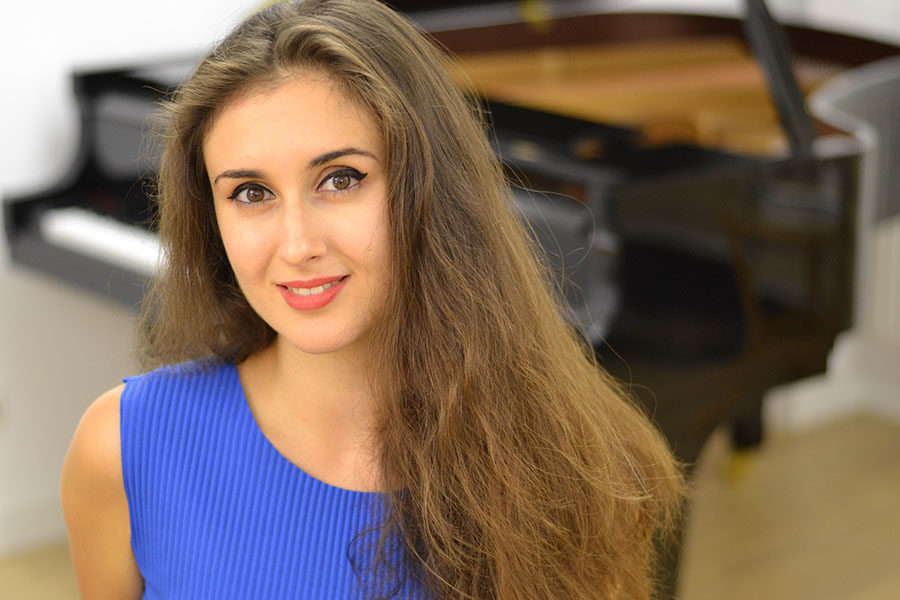 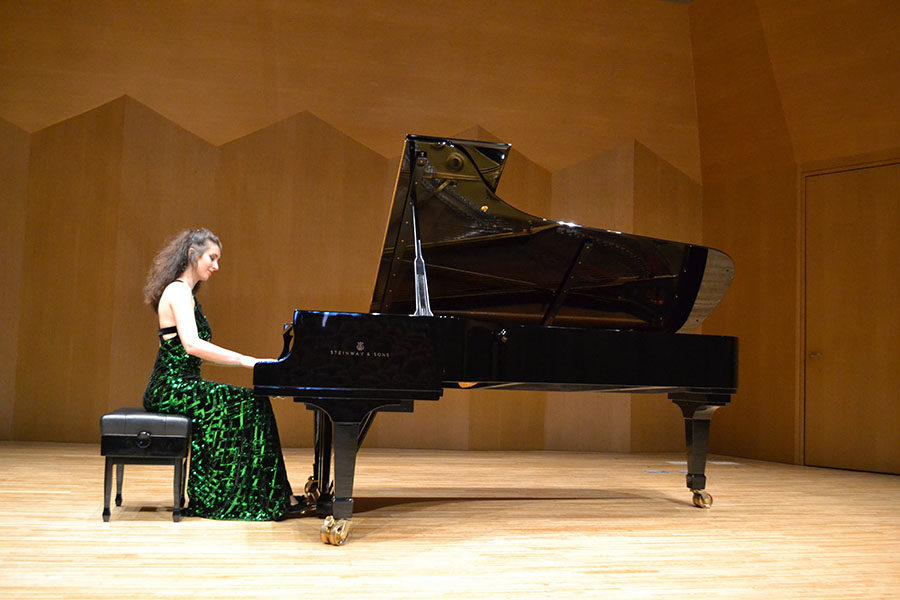 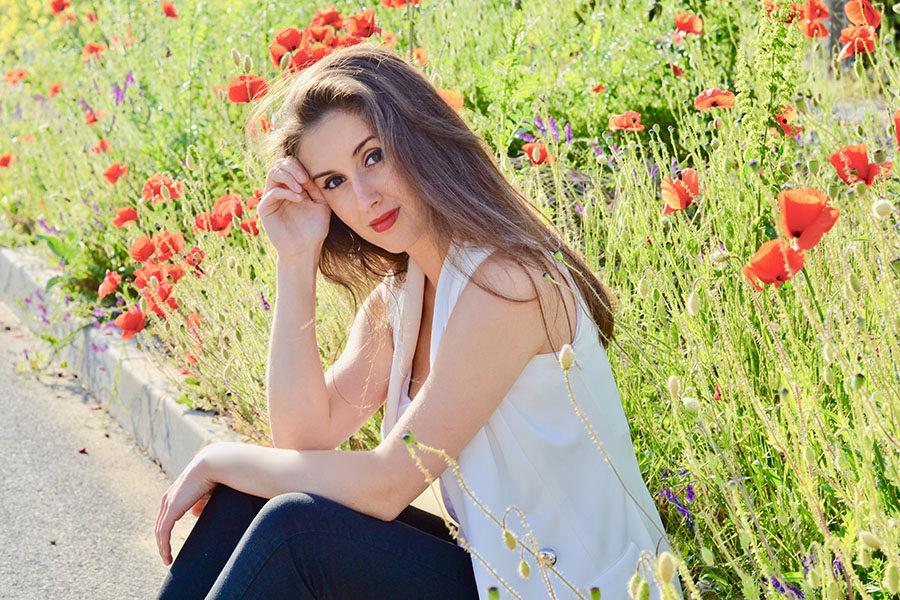 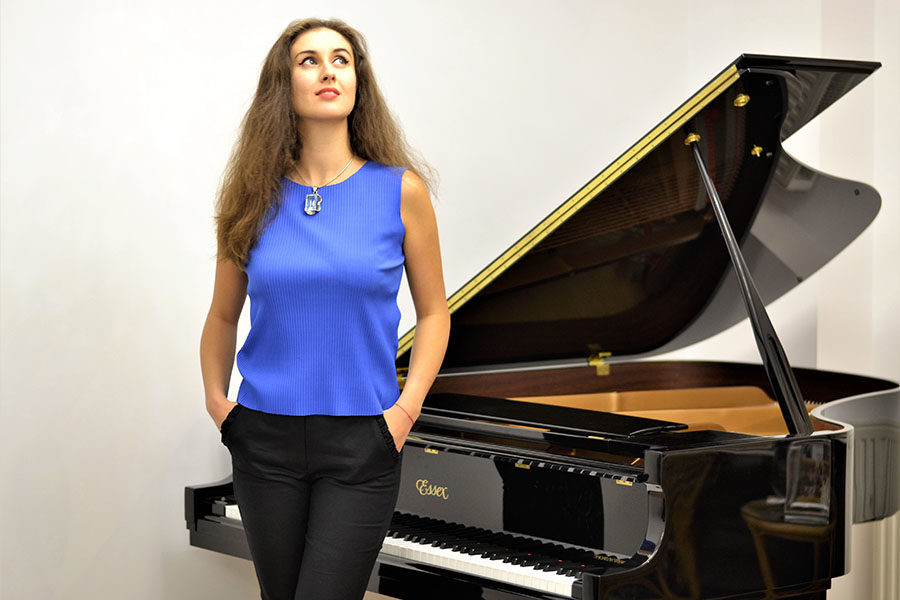 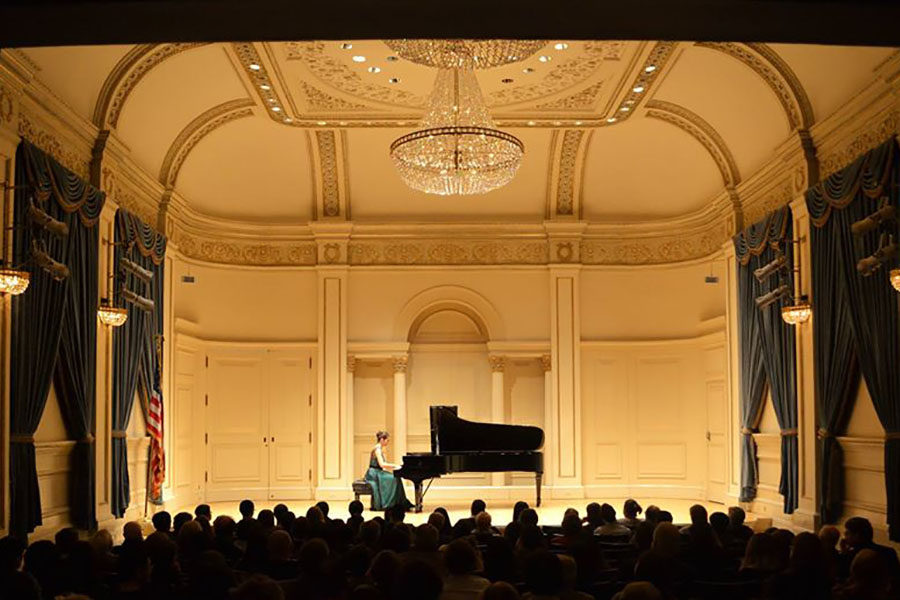 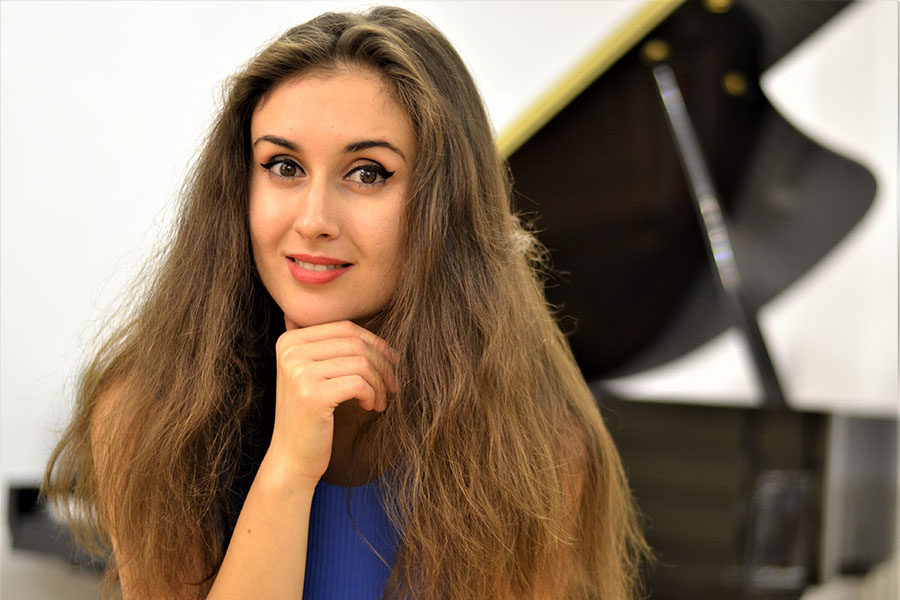 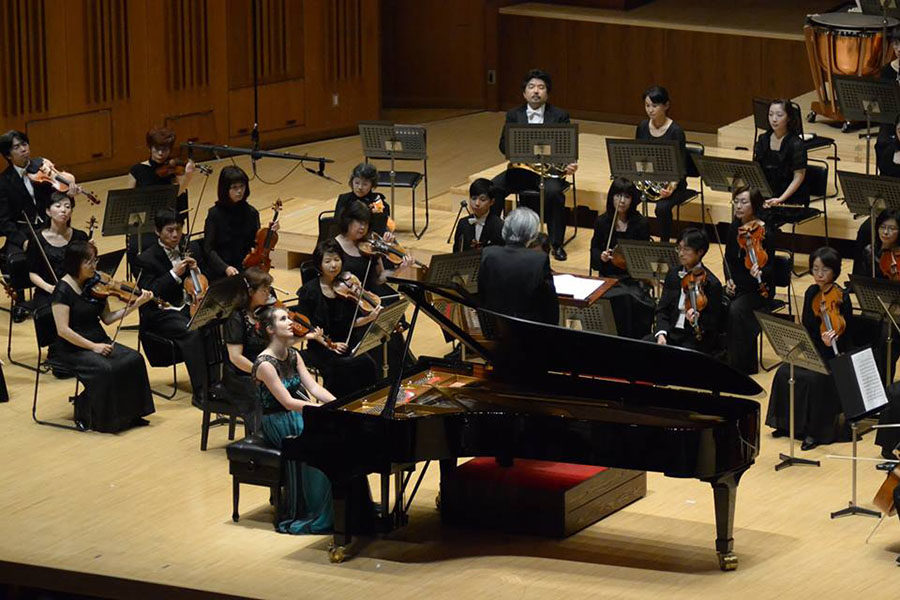 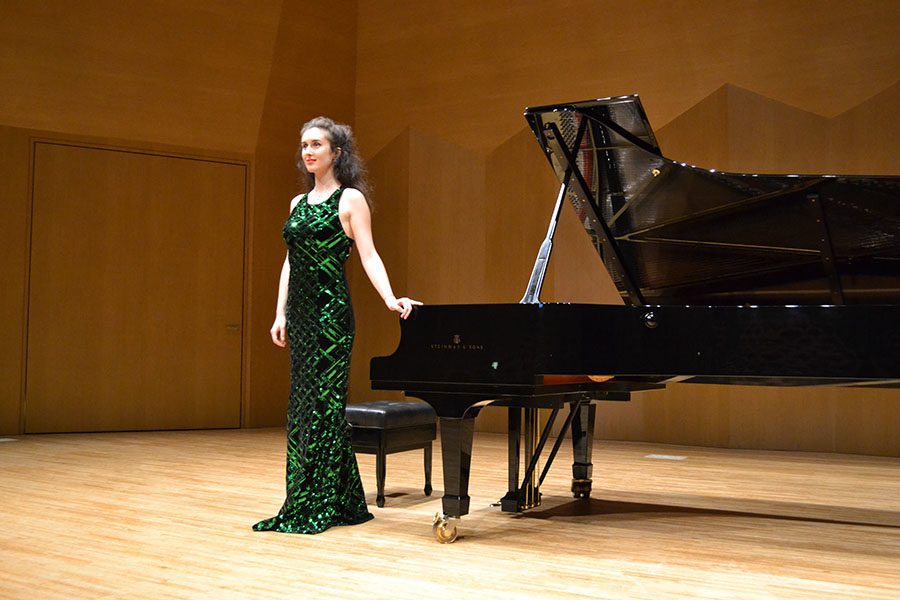 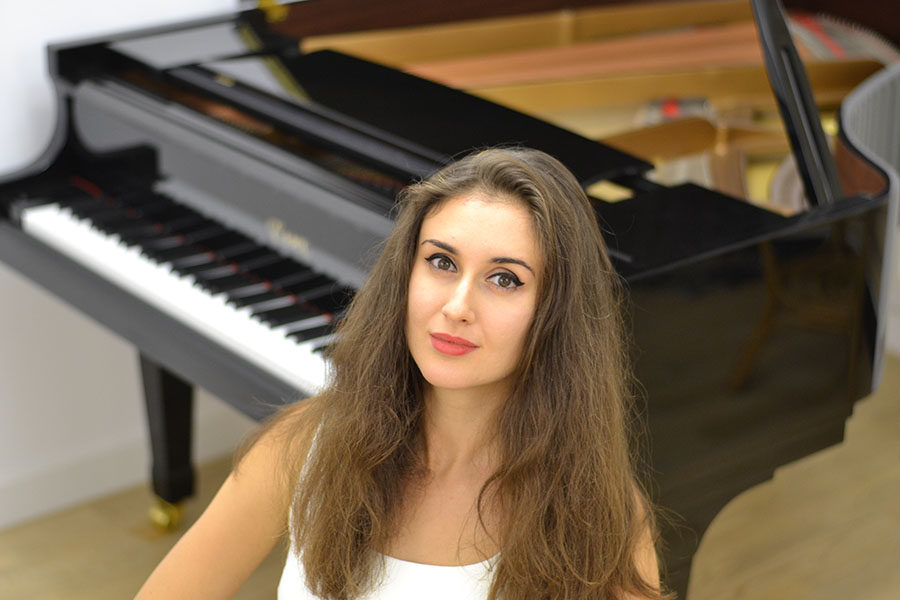 Also in 2019, she launched her own project – “Imagine Chopin International Tour”, which was presented on stages such as Stockholm Philharmonic, Steinway Hall London, Venice Conservatoire, Radio Hall in Bucharest and others.

In the same year, the Romanian pianist won the 1st Prize at the „Golden Classical Music Awards” International Competition, which brought her back on the prestigious stage at Carnegie Hall in November 2019. Also in 2019, she won two 1st Prizes, ” Salzburg” and “Amsterdam” at the Grand Prize Virtuoso Competition.

These awards complete the portfolio of distinctions won from an early age. In 2017, Sînziana was awarded the Young Steinway Artist title as a result of an extremely rigorous selection of the most promising young pianists worldwide. In 2016 she won the recital prize of the International Piano Academy in Miami and in 2014 she became the first Romanian pianist to receive a scholarship from the Van Cliburn Foundation and TCU School of Music at the PianoTexas Festival & Academy.

In 2020, Sînziana was awarded the prestigious “Bratianu Scholarship” for Art, offered by the Romanian Ministry of Culture for outstanding results in the classical music field.

Sînziana Mircea’s career is marked by appearances with Romanian philharmonic orchestras (Arad, Piteşti, Craiova), as well as in prestigious festivals, such as the George Enescu Festival together with Alexandru Tomescu and Omar Massa, the Palermo Classica Festival, MusicaRiva Festival as a soloist of the Washington DC Youth Orchestra. She has collaborated with conductors such as Mitsuyoshi Oikawa, Mikhail Jurowski, Gianluigi Zampieri, Cristian Neagu, Walter Attanasi, Amaury du Closel.

The Romanian pianist has released two CDs: “Nihil Sine Deo” (Editura Casa Radio), ranked third in the national competition for the best classical music CD in Romania in 2016, organized by Radio Romania Musical, as well as „Unending Love”, the second CD released in 2017 by the Italian label Sheva Collection and distributed worldwide by NAXOS. Recordings of her concerts were broadcast by BBC Radio 3, RAI 3 Italy, Music3 Belgium, Radio Romania Musical and other major radio channels for classical music throughout Europe (such as Sweden, Norway, Poland).

Sînziana Mircea has studied under the guidance of great personalities of the musical world, such as Aldo Ciccolini, Ronan O’Hora, Pascal Roge, Boris Petrushansky, Verona Maier. She started her studies in Bucharest under the guidance of profs. Elena Dumitrescu, Olga Szel, Stela Dragulin. Later, she obtained her Bachelor Degree with maximum qualifications at Hochschule für Musik und Tanz Koln (Germany) and her Master Degree at the Guildhall School of Music and Drama London (UK), with a generous scholarship offered by Steinway & Sons UK. She also studied at the Accademia Pianistica Imola (Italy).

In addition to her music studies in prestigious conservatoires, Sînziana obtained her Master Degree in Arts Management from the Bocconi University of Economics in Milan in 2018. In the same year she founded her own start-up in Bucharest, MuseArt Academy, a music school in which she collaborates with other young Romanian musicians. The MuseArt Academy team holds courses, concerts and educational events for children and adults who are passionate about music.